Where is CRM archaeology going?

With new legislation, regulations and standards coming out of the bureaucratic woodwork (just like death watch beetles) constantly these days, one would assume that archaeology and heritage are doing well in Australia.

I don't think they are.

There are more Aboriginal archaeological sites being recorded than ever before.Nearly all are identified as part of predevelopment environmental approvals. Management entails salvaging some, leaving a few in reserves (very occasionally with some form of interpretation or on-going management but more often than not - not), of doing nothing - or next to nothing as the 'contingency arrangements' that rely on contractors and developers keeping an eye out.

What does not seem to be happening is the strategic planning that recognises some places have cultural values that should override other financial and land use objectives. for 20 years we have had the archaeological models, not very sophisticated, but enough to know where most of the significant Aboriginal archaeology will be found on the development fringe. We could be ground truthing and mapping these areas well in advance of development pressures, and then prepare future land use zones to ensure not just the avoidance of stone artefact scatters and the occasional scar tree, but put aside extensive tracts of landscape that represent both the values Aboriginal people placed on the land, and the scientific potential such sites may have for research-directed archaeology.

For example, a look at the pattern of recorded archaeology around Melbourne's northern fringe. (the green dots indicated recorded sites - others are along the creek but disguised by the 'sensitivity' mapping used by AAV and Geovic. 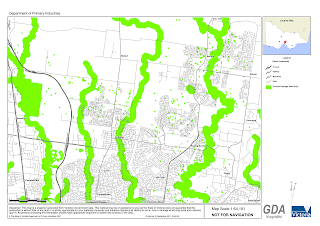 This is really a plan of development in the last 20 years. the majority of these sites have been destroyed, possibly following some salvage, and hopefully with a research question or two applied. But the environment around them is now houses, factories roads. Very rarely is there an acceptance that the cultural place is the wider landscape - the interplay between the creek, the grassy plains that were the hunting grounds and food gathering places, the stony rises that gave vantage points across the tribal territory. There are exceptions, for examples where endangered species are found, and other more sophisticated and stringent management comes into play. Galada Tamboore on Merri Creek, where basalt plains grasslands survive is a good example of how natural and cultural values can combine to give a better impression of what the landscape was like for Aboriginal people before Europeans. 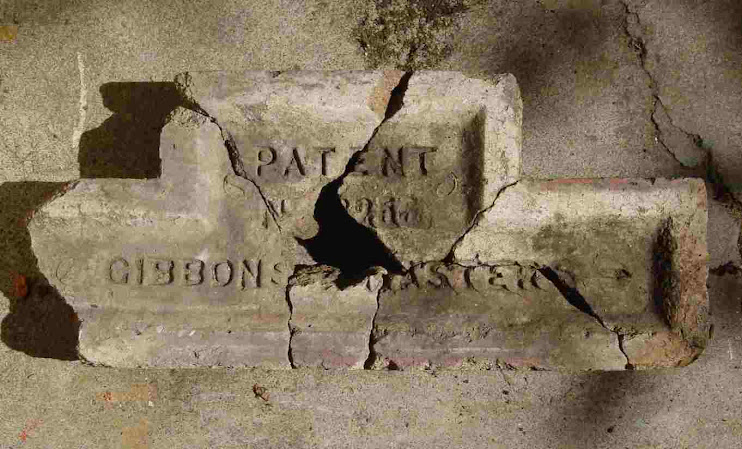